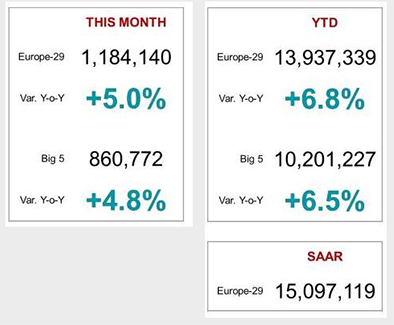 Europe’s largest five markets all posted an increase in registrations during November, with the Spanish market seeing the highest increase in sales of 13% compared to the same period in 2015. France ranked second, achieving a healthy growth of 8.2%. Meanwhile, Germany, Italy and the UK all posted modest increases of 1.5%, 5% and 2.9% respectively. November was a positive month for car registrations across Europe – with 26 out of 29 markets recording an increase in registrations compared to 2015. The only markets experiencing a decline were Ireland, Switzerland and the Netherlands where registrations declined by 20.4%, 0.4% and 20.7% respectively.

In the segment ranking, SUVs continued to perform well in November, 316,278 SUVs were registered, which was a 16.1% increase on the same month last year. The SUV segment continued to increase its hold on the market – posting the highest market share gain of any segment and meaning it accounted for 26.7% of the market in November. This was detrimental to traditional segments such the MPV, A, and E segments which all posted declines in registrations compared to November 2015.

The Volkswagen Golf maintained its long held position of being Europe’s leading car, despite registrations for the model declining by 7.5% when compared to November 2015. The Renault Clio was the second best-selling model across Europe’s 29 markets, its November registrations increased by 20.3% when compared to the same month last year. The Renault Captur was Europe’s best-selling SUV in November, it registered 188 more models than its rival – the Volkswagen Tiguan, and pushed the Nissan Qashqai in to third place.

“It’s looking highly likely that 2016 will top 2015’s strong registration figures, which is a remarkable feat given the political and economic uncertainty that has dominated 2016. However, it’s important that this growth isn’t taken for granted, as 2017 will bring further uncertainty – with the UK expected to trigger Article 50 in March, beginning the process of exiting the EU. Any decline in consumer confidence in the UK is likely to impact the European automotive market greatly – especially given that the German car market counts the UK as its biggest export market,” concluded Felipe Munoz, Global Automotive Analyst at JATO Dynamics. 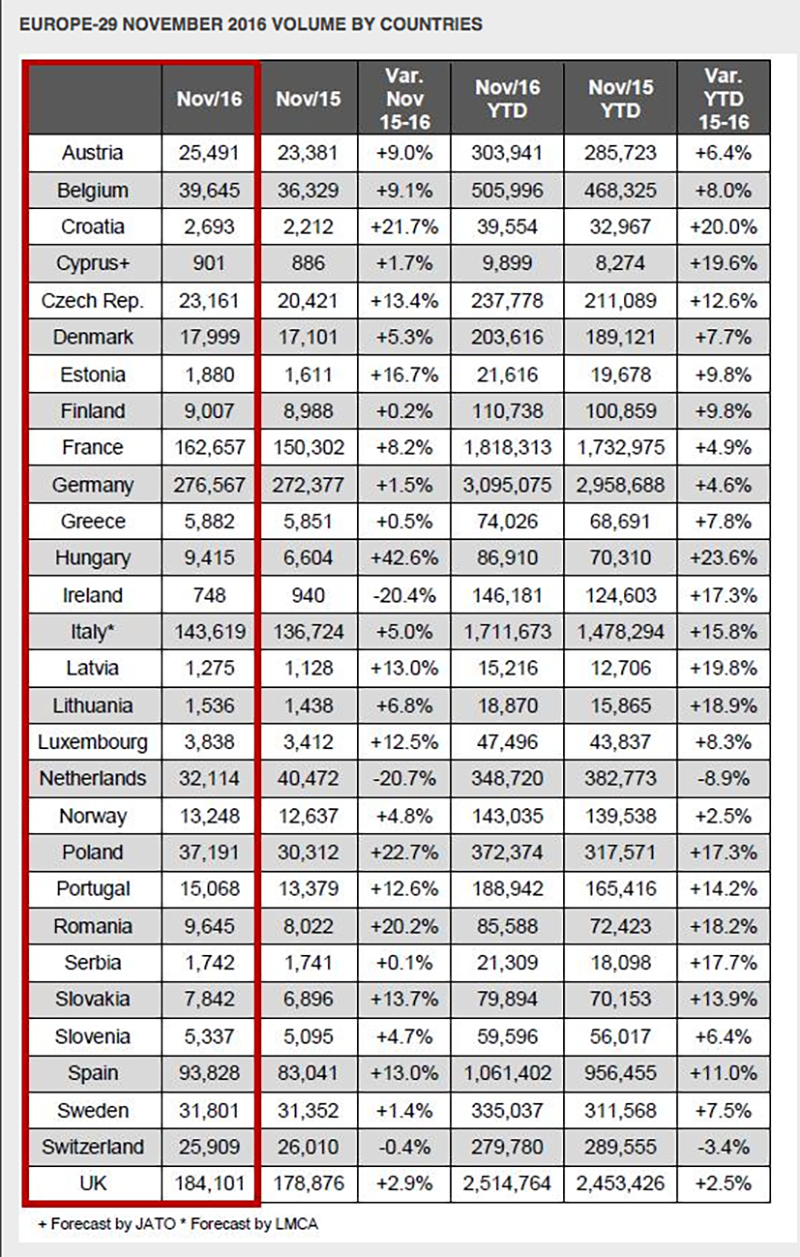 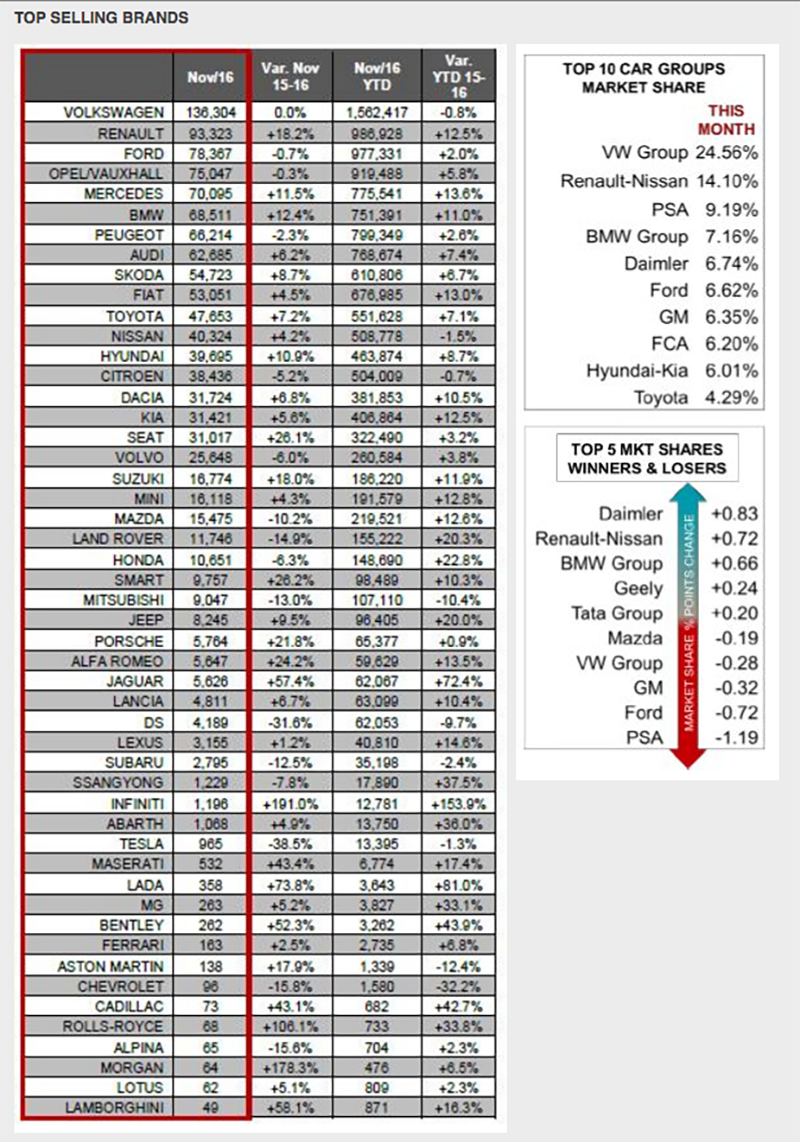 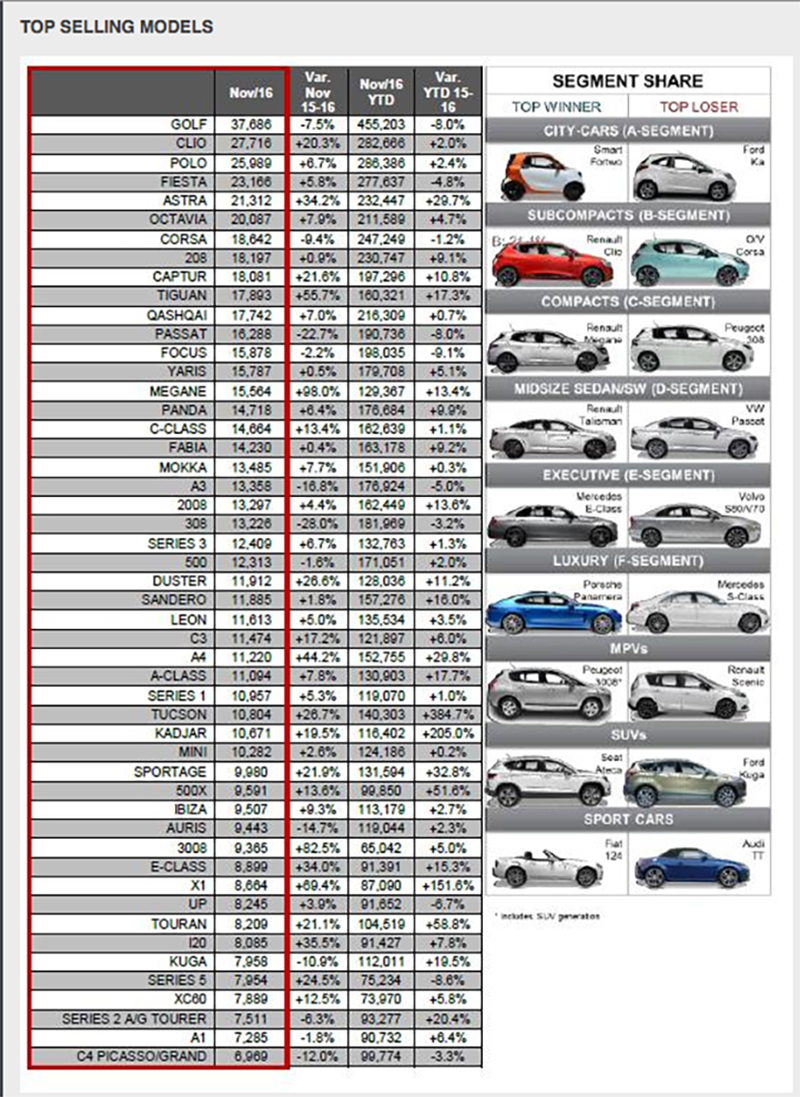