The disruptive triangle of electrification, autonomous drive and connectivity technology is forcing the global auto industry to rethink how our cars will operate in the future, and how we will use them.

If we get it right, the technology being developed and tested today eventually will provide for a world in which people are able to move about more efficiently, more safely and more cleanly, at lower cost and in different ways. It could improve the quality of daily life for billions of people. 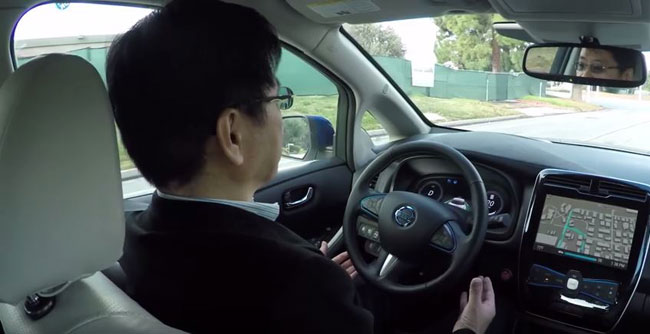 Three primary factors are driving this technological revolution:
Population growth: It’s estimated that by 2030, 60 percent of the world’s population will live in metropolitan areas, as the number of “megacities” – those with more than 10 million people – increases.  That means more traffic jams, pollution and energy use.

Climate change: Combating climate change is the key mission of our generation, particularly for those of us in the auto industry. More restrictive emissions standards are on the way to help fulfill the goals of the 2015 Paris climate accord, and advanced powertrains, in particular electric vehicles, can help mitigate the effects of climate change.

Rapid innovation: We are in an era of tremendous, rapid technological advancement, one that is disrupting old business models and forcing industries to change. The global auto industry is no exception; I expect it to see more changes in the next five years than it has in the last 20.

Electric vehicles offer the most immediate, affordable way to reduce CO2 emissions and clean our air. We’re at a turning point today, at which EVs are becoming a viable option to more and more drivers.

The rapidly declining cost of batteries, improving driving range and an expanding charging infrastructure are all factors. In addition, more automakers plan to introduce EVs, which in turn will stimulate more interest and demand among consumers.

EV sales globally increased 60 percent last year, to nearly 450,000 units, up from 50,000 in 2011. While that’s still a small percentage of total vehicle sales, it shows that further growth can be expected as more people recognize that a zero-emission EV can suit their needs.

In fact, a recent study by McKinsey & Co. and Bloomberg New Energy Finance predicts EVs will account for two-thirds of all cars on the road by 2030 in the developed world’s most densely populated, high-income cities.

Cars are also becoming increasingly connected, intelligent and personal; virtually all new cars are expected to be connected to the Internet by 2025. Just as your mobile phone became a smartphone with its Internet connection, our cars are becoming smarter, too.

Many cars are already being equipped with danger-warning applications and active-safety features that depend on connectivity. And connectivity opens up a wide range of in-car services and features. For example, drivers will also be able to instantaneously pay for parking or tolls with a simple touch of their dashboard screen.

Likewise, autonomous drive features are starting to go into vehicles, a trend that will continue over the next several years. This past summer, Nissan launched its new midsized Serena minivan in Japan with an optional system for single-lane use on highways.

When activated, a sophisticated sensor system keeps the car centered in its lane by reading lane markers and controlling steering while it automatically manages the distance between your vehicle and the one ahead of you.
The feature has been popular: So far, 60 percent of the orders placed have opted for it, which will be expanded to other models in the Nissan lineup.

The Renault-Nissan Alliance has committed to launch 10 models with autonomous drive technology by 2020. The next steps include technology that allows for multilane highway driving with lane changes by 2018, and eventually autonomous driving in city traffic, including negotiating intersections, by 2020.

We are planning on providing this technology on a range of vehicles for the mass market, not just on premium cars. That’s because autonomous drive technology promises to make driving far safer, given that the vast majority of traffic accidents involve driver error.

Looking a bit further into the future, we will be able to produce cars that can operate safely with no driver at all. Imagine the potential driverless EVs would have for crowded cities, with so-called “robotaxis” providing mobility on demand in a way that is far cheaper, more efficient, safer and could, with ride-sharing, reduce the number of cars on city streets.

Governments will have a critical role to play in paving the way for driverless cars, in setting consistent, clear regulations and testing procedures to ensure safety; the U.S. government’s recently published Federal Automated Vehicles Policy is a good start.

In preparing for this new future, the Renault-Nissan Alliance is taking part in conversations, forming partnerships, participating in trials and tests with technology companies, start-ups, traditional automotive suppliers, government agencies and other players involved in trying to make these future technologies a reality.

It’s an exciting time for our industry. This disruptive triangle of technological forces represents a seismic shift in how we manage transportation, one that promises to improve the lives of billions of people around the world.