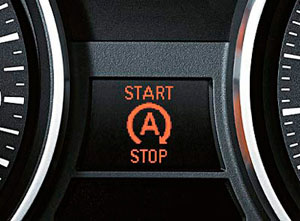 A British-based convertor has introduced a new feature that enables temperature-controlled distributors to benefit from Start/Stop technology fitted to the latest vans without risk to their cargo.

The systems, which turn engines off in heavy traffic, are often critical to meeting environmental legislation such as Euro 6, which comes into force for vans next week. But the technology presents a conundrum for refrigerated transport companies, as switching off the engine also turns off the generator for the refrigeration unit when it is interlinked to the vehicle’s engine.

This poses significant problems as the refrigerators often require constant power during transportation to keep food or sensitive goods at the prescribed temperature.

Coolkit, based in Burnley, Lancs, has introduced a feature for its fridge van conversions, which enables the automatic shut-down of the Start/Stop system every time the engine is started. This completely eradicates the issue and is already proving popular with customers. The clever part is that the Start/Stop system can be reactivated when the vehicle is running unladen, thus minimising the environmental impact and allowing users to still run with Start/Stop active on their return to the depot.

CoolKit sales manager, Mark Beaton, said, “The new interface is designed to automatically disable the Start/Stop function on vehicles where this feature is not desired. Each application is designed specifically for a particular vehicle type and provides seamless control over the Start/Stop system.”

One of the first customers to benefit from the system is Metrow Foods of Leigh-On-Sea, Essex.

Metrow Foods Transport Manager, Dave Thomas, said, “The Start/Stop solution fitted to our vehicles now means we can run the fridge system without the worry of causing any damage to the vehicle itself or invalidating any warranty.”