Van operators need to start implementing policies that ensure their vehicles are operating legally and safely if they haven’t already done so, according to industry representatives speaking on van safety last week. 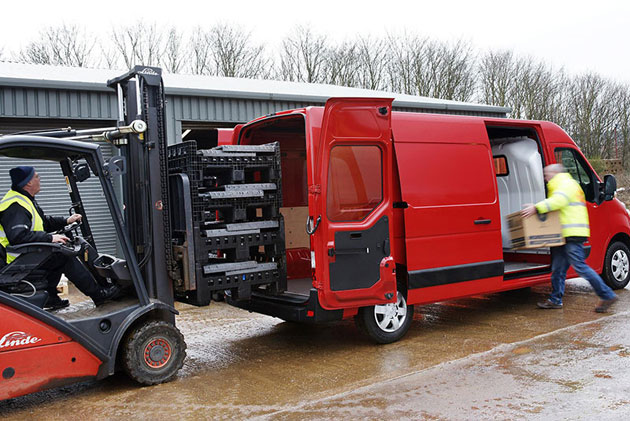 Andy Hill, Lex Autolease Commercial Vehicle Manager, said that such policies should cover every aspect of fleet operations, including checks to ensure drivers have valid driving licences and operators requiring that their drivers perform walk-around checks of their vans every morning.

Loads being secured in vehicles is another safety concern identified by Hill. Speaking at a van seminar organised by the Association of Car Fleet Operators (ACFO), he said, “You don’t want to end up with a situation where a driver opens the van’s back doors only to have a loaded pallet fall on his feet because the cargo has shifted. Furthermore, all vans should be fitted with a full-height steel bulkhead to protect the driver if the load moves forwards.”

Hill also pointed out that the cargo can often be too heavy for the vehicle concerned. He said, “Remember that as a rule of thumb vans grossing at 3.5 tonnes can typically carry no more than 1.2 to 1.3 tonnes of payload.”

That payload figure is a lot smaller than some operators realise. Speaking at the same seminar, Carol Kirk, Mercedes-Benz UK Strategic Account Manager, explained how there are still some operators who confuse gross weight with payload. The penalties incurred for over-loading can be severe.

Kirk said, “A gross overload, a front axle overload and a rear axle overload are each counted as separate offences and can each result in a fine of up to £5,000 on conviction.”

Figures recently published by the Driver and Vehicle Standards Agency (DVSA) revealed that almost 90% of the 2,381 vans it weighed last year had too much weight on board, which threatens to undermine the technological advances being developed by van manufacturers to improve safety standards.

At last month’s CV Show, Mike Hawes, SMMT Chief Executive, said, “With a record 4 million vans now on our roads, it is a concern that this in-use safety record remains so poor. Manufacturers are investing significant amounts in new safety technology, but this can only do part of the job. We continue to urge operators and owners to comply with the law to keep themselves and others safe, avoid the risk of fines and keep the threat of further legislation at bay.”

Mark Cartwright, Freight Transport Association Head of Vans and Light Commercial Vehicles, described the lack of attention to maintenance by many van operators as another key area of concern. He cited a worrying DVSA statistic in his presentation at the AFCO seminar – that almost 50% of vans grossing from 3.0 to 3.5 tonnes fail their Class VII MOT test first time round. This represents a significantly higher failure rate than that of any other category of vehicle, and warned that complacency could be costly. He said, “It’s the sort of figure that’s like a red rag to legislators.”

Cartwright went on to point out that failure is often the consequence of a headlight not working or a bald tyre; a defect that is obvious to even a casual observer. “That tells you that some operators aren’t even bothering to look at their vans before they present them for test,” he said.

Vans below three tonnes fall into Classes III and IV for MOT testing purposes. It is a category that also embraces cars, but the failure rates for cars and vans are not separated out. Cartwright believes, however, that there is no reason to suppose that light vans are any more successful at passing their MOT test first time round than their heavier brethren. “That means there could be as many as 1.65 million un-roadworthy vans on the road,” he said.

Cartwright said that the situation was one the authorities are not likely to ignore, and van operators can expect the police and DVSA to adopt a far tougher line in the near future when it comes to enforcing existing legislation. He expects them to be homing in on poor maintenance and overloading in particular – and a lot of businesses risk being caught out. “Vans have had a charmed life up until now from an enforcement viewpoint but that’s about to end,” he said. “So far as the enforcers are concerned it’ll be like shooting fish in a barrel.”

Businesses that fail to check licences, don’t ensure their drivers sign a declaration that they are fit to be behind the wheel and allow vans onto the highway with defective brakes could face severe penalties if the vehicle is involved in a serious accident resulting in fatalities or life-changing injuries.

New guidelines issued to the courts by the Sentencing Council earlier this year mandate heavy fines related to the size of a firm’s turnover and prison sentences for company executives in the worst cases.