Nearly four times as many British new car buyers choose connectivity gadgets over safety upgrades when specifying their vehicle, according to WhatCar?. 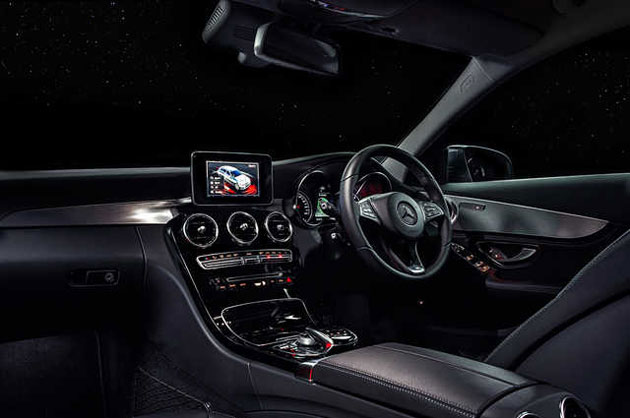 New research by Whatcar.com shows that, despite the nation’s apparent preoccupation with road safety, drivers are shelling out for items like satellite navigation, digital radio and Bluetooth capability rather than safety systems such as lane-keeping assistance and blindspot monitoring.

Automated emergency braking (AEB) is the most popular safety system selected, but less than 20% of drivers choose it as an option. Six in 10 new car buyers will not upgrade with any safety features at all.

In contrast, 64% spend extra cash to set up sat-nav and half of all drivers upgrade to get a DAB radio – at a cost similar to the £200 estimated to install AEB.

The research also showed that comfort and styling also rank higher than safety items for new car buyers, with features like heated seats (60%) and alloy wheels (42%) being chosen in more specifications.

Jim Holder, editorial director of Whatcar.com, said: “When it comes to talking about what’s important in a car, most people are vociferous about how vital safety is. However, it seems to be a different matter when new car buyers are sat in front of the salesman.

“British car buyers are clearly going for style over substance.

“It’s beneficial to have creature comforts in your car, especially if you spend a lot of time driving. But it’s quite shocking to think that features which could save peoples’ lives are taking a back seat to having the right sound quality on the radio, especially when those items often cost around the same as the safety options.”

Most favoured optional extras survey results:
Options have long been a part of car buying, so what are currently considered to be the most desirable extras?

1. Is your main car privately owned, or a company car?

Slightly more than 95% of respondents’ main cars are privately owned.

2. Were you able to specify options for it of your own choice?

Nearly three-quarters of the panel (71%) were free to choose their main car’s options.

3. What option packs did you choose for your current main car?

Connectivity/media packs were the most popular, while slightly less than 40% added a parking pack and 26% added a sports pack.

4. What connectivity options did you choose for your current car?

More than two-thirds of respondents selected Bluetooth connectivity, and just under that number chose satellite navigation. iPod and MP3 connectivity were selected by just over half the panel, closely followed by DAB radio.

5. What safety options did you choose for your current car?

Safety features are less commonly specified than connectivity features; almost 60% of the panel did not select any of the items on the list. Automated emergency braking was the most common addition, at 19%.

6. What driving dynamics features did you choose for your current car?

7. What comfort options did you choose?

Heated seats were the winner here, with an almost 60% fitment rate. That was just higher than automatic air conditioning and leather trim, both specified by 58%. Least popular were orthopaedic and massage seats.

8. What convenience options did you select?

Split folding rear seats were most common here, at almost 50%, followed by a full-size spare wheel and automated tailgate/boot opening, which tied at 25%. More than 30% of respondents specified none of these items.

9. What design features did you order for your current car?

More than half of the panellists (58%) ordered no styling upgrade. There was an equal split between exterior and interior features.

10. Thinking about your next main car, how likely would you be to fit the following option packs?

A connectivity/media pack is very likely or likely to be ordered by more than 60% of respondents, and a parking aid pack by 58%. Just under 38% would go for a Sports pack.

11. Thinking about your next car, how likely would you be to fit the following connectivity options?

Satellite navigation is very likely to be specified by more than 48% of panellists, and more than 27% would definitely add real-time traffic info. The most popular option is Bluetooth, however, at just less than 57%.

12. Thinking about your next car, how likely would you be to fit these safety options?

13. Thinking about your next main car, which of the following driving dynamics features would you be likely to order?

By far the most popular option here is automatic transmission, with more than 58% saying they are likely or very likely to specify it.

Conclusion
• Communications and comfort are the most vital options. Bluetooth, satellite navigation, climate control and heated seats are also considered important for both respondents’ current cars and their next model.

• A DAB radio is also desirable, as is MP3 connectivity, but wireless hotspots are not.

• Among driving dynamics features, automatic transmission is by far the most popular choice for respondents; just over half chose this option on their current car, and almost 58% will add it to their next car.

• Sports suspension is fitted to a third of respondents’ current cars.

• Full-size spare wheels are a surprisingly popular option, indicating limited faith in the tyre inflation kits that are standard on many new cars.