In December 2015, the Volkswagen Group presented specific technical measures to the German Federal Motor Transport Authority (KBA) for the EA189 engines affected by the NOx issue. As agreed, Volkswagen began implementing the measures at the end of January for engines with a capacity of 2.0 litres. 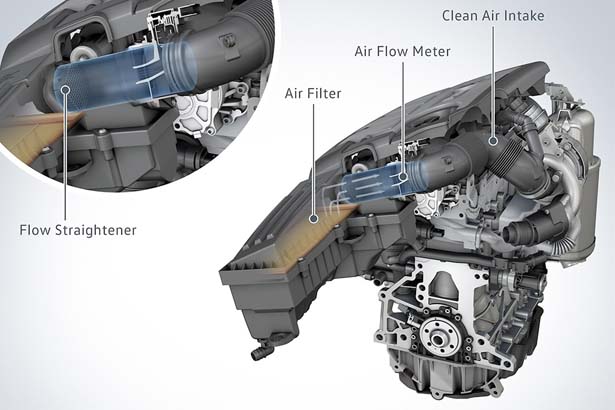 Over the next few months, the measures will also be implemented on engines with 1.2 and 1.6-litre capacities.

German Minister of Transport, Alexander Dobrindt, and Chairman of the Board of Management Volkswagen Passenger Cars Brand, Dr Herbert Diess, have met in Berlin and in the workshop of a Volkswagen dealership and found out more about the practical implementation of the software update for the 2.0 TDI engine. Volkswagen is starting with the Amarok, with the Passat to follow shortly.

“The start of the recall is taking us a great step forwards”, says Dr Herbert Diess. “Our customers are getting a good technical solution for their car and can also rely on quick implementation of the modification.”

Customer-friendly solutions were an important aspect in developing the technical measures. For efficient implementation the affected vehicle models have been put into several groups. Only once the KBA has checked and confirmed the proposed measures are the customers affected being contacted and informed about the recall. In a second letter the vehicle owners will be requested to arrange an appointment with a Volkswagen partner. In terms of time, the implementation of the measure will extend across the whole of 2016.

A software update is planned for the 1.2-litre, 1.6-litre and 2.0-litre EA189 engines. The pure labour time for this will be less than half an hour. For the 1.6-litre engine a flow rectifier will additionally be fitted in the intake duct with expected labour time, inclusive of software update, of just under 45 minutes.

The recall has now begun with the 2.0 TDI engine in the Volkswagen Amarok. The installation of this new engine control software means that the Amarok now meets the limits required to comply with the EU5 emissions standard. The aim of Volkswagen was always to ensure that these measures do not result in a change to the fuel economy figures, performance figures or CO2 or noise emissions of the vehicles affected. In the case of the Amarok, the Federal Motor Transport Authority has confirmed that this objective has been fully achieved.

Following in a few weeks’ time, in addition to the variants of the Passat, will be other models with the affected 2.0 TDI engines as well. Modification of the 1.2-litre engines affected is scheduled for the end of the second quarter. Completing the recall, the measures for vehicles with a 1.6-litre engine will be carried out from the third quarter of 2016.

At the same time the implementation of the technical measures will commence in other European countries in agreement with the responsible authorities and in accordance with the national requirements.