“My body was completely broken, but I didn’t realise I would never see him again.” These are the words of Gillian Treacy, mother of four year old Ciarán who was killed in a head-on collision with a drunk driver in April 2014.

Gillian’s story and that of her husband Ronan, the Emergency Services who attended the collision and the medical team who fought to save Ciarán’s life are featured in the latest ‘Crashed Lives’ ad campaign from the Road Safety Authority (RSA) and An Garda Síochána. It was launched today, Thursday 1 December, as part of the RSA and An Garda Síochána Annual Christmas and New Year Road Safety Campaign. 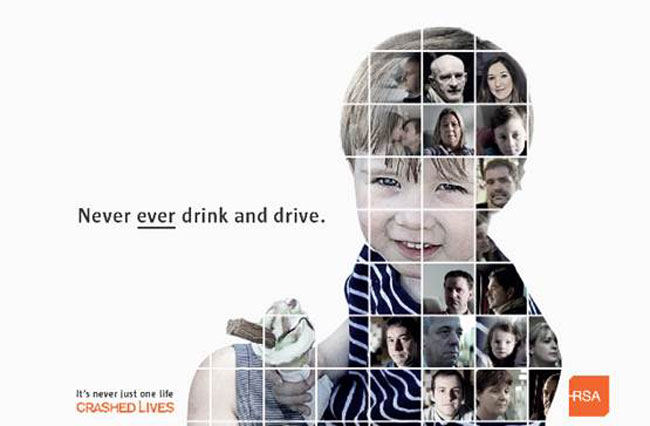 Ciarán Treacy was just four years old when the car he was travelling in with his mother Gillian and brother Seán was hit by a drunk-driver. Ciarán died as a result of the collision while Gillian was left with devastating injuries.

The ad features home videos of Ciarán playing with his brother and sister in the garden and laughing and smiling in the car, a picture of happiness and innocence. We hear the stories of Ciarán’s parents Gillian and Ronan, Sergeant Dave Lynam and Paramedic Christy Kelly who attended the collision, and Nurses Patrice O’Connell and Mary Joyce who fought to save Ciarán’s life.

The message behind the ‘Crashed Lives’ campaign is that drink driving destroys lives, families and communities. As the festive season approaches, the RSA and An Garda Síochána have issued a stark warning to road-users about the consequences of drink-driving.

Earlier this year, the RSA’s Pre-Crash Report on Alcohol, which examined Garda forensic investigation files into fatal crashes between 2008 and 2012, showed that alcohol was a factor in 38% of all fatal collisions (driver, passenger, pedestrian, motorcyclist and cyclist), claiming the lives of 286 people. 29% of drivers and motorcyclists killed had consumed alcohol.

“Thursday 17 April 2014 was the day our lives were shattered because of drink-driving. As a mother, your instinct is to protect your children from any harm that might come their way but I wasn’t able to do this for Ciarán. Because someone decided to drink and drive that day, and his actions led to the death of my little boy. Our lives will never be the same again. I beg anyone who would think of drinking and driving to think of my little boy, and to think of the devastated family and community still mourning his loss.”

An Garda Síochána will be increasing the number of Mandatory Alcohol Testing checkpoints around the country over the next six weeks and will be on a 24/7 basis. Remember, Gardaí can breath test any driver that has committed any road traffic offence.

The new 90” ‘Crashed Lives’ TV advert shows exactly how drink driving can smash so many lives to pieces. It focuses on a crash in which four year old Ciarán Treacy was killed and all of the people who were affected as a result of Ciarán’s death. It shows the immediate family, learning to cope with physical and emotional trauma, the emergency service workers, people who arrived at the scene, nurses, the wider family and community. It reminds us that a crash is never just one person – it sends shockwaves throughout lives, families and communities. The message is simple – stop and think of Ciarán the next time you consider drink-driving, find another way home and never ever drink and drive.

The campaign will be supported by a full social and online campaign, cinema and a radio advert. The digital campaign features 13 short ten second vignettes featuring people who were directly affected by the collision. This includes those first to arrive on scene, the paramedics, the ICT nurse, the Fire Brigade and the Treacy family themselves.

These will be shared on our social media sites throughout the campaign to remind everyone the sheer number of people that are affected by a fatal collision – it’s not just the people in the car.

To date this year, 169 people have been killed on Irish roads, an increase of 27 when compared to the same period last year.