New car sales for the month of January show that 161 registrations are up 33% (39,812) compared to January last year (29,808), according to figures released today by the Society of the Irish Motor Industry (SIMI). 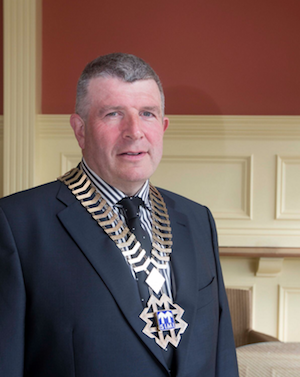 Light Commercials are currently up 34% (6,589) compared to January last year (4,909),while HGV (Heavy Goods Vehicle) registrations are also up 138% (492) for January in comparison to the same time last year (206).
The official 161 car sales figures for January were presented today (Monday) along with the final SIMI / DoneDeal Quarterly Motor Industry Review of 2015.

The SIMI/DoneDeal Report highlights the progress that the Motor Industry made last year while the 161 registration figures reflect the continued growth in sales which is helping the Industry to return to more normal levels of sales.
Brendan Howlin TD Minister for Public Expenditure and Reform who launched the SIMI/Done Motor Industry Review commented: “The Motor Industry has been a key driver in the recovery of the Irish economy with car sales alone contributing to over €1 billion to the Irish Exchequer. Also it is particularly encouraging to see the growth in employment and apprenticeships within the sector. The Motor Industry has faced some challenging years and I am delighted to see the increase in car sales last year and this momentum continuing into 2016.”

Last year the Industry continued to generate strong returns for the Exchequer with a total VRT and VAT take of €1.19 billion (23.4% ahead of 2014) from new and used car sales alone. When this is added to the VAT from vehicle servicing and repairs, road tax and fuel duties, the total revenue generated from the motorist was in the region of €5.4 billion in 2015. 161 car sales for the month of January also will see the exchequer benefit to the tune of 300 million.
Economist Jim Power, author of the Review said “Looking ahead to 2016, the key drivers of new car sales look set to remain positive. New car registrations, which have started the year strongly, should be capable of expanding by at least 22%, giving total sales of 152,500. This forecast could turn out to be conservative”.

Mark Boggan SIMI President commented: “Our Industry is a key contributor to employment with car sales in every county giving a boost to employment and the general economy. An increase in both consumer and business confidence last year has contributed to the growth in sales and we have seen this carry over into the first trading month of 2016.”

The SIMI/DoneDeal Review outlined that the cost of motoring in 2015 which has seen a decline in petrol -8.2% and diesel prices -11.4%, along with the average price of a new car has also declined by 3% while motor insurance costs however increased by 30.7%.

Figures from DoneDeal, Ireland’s most popular motoring site also highlight the sustained upturn in the motor industry in 2015 with 233 million visits to the Car section alone, up 16% from 2014.