From 1 September 2015, all new cars, plus light commercial vehicles under 1305kg (unladen), sold in the EU must be compliant with EU6 standards for exhaust emissions. Unlike previous diesels, many EU6 compliant engines require an exhaust additive called AdBlue, which neutralises most of the harmful NOx emissions.

For some fleets the use of AdBlue is not new, buses and heavy goods vehicles have been using it for several years. But from September AdBlue will become an important requirement for many diesel drivers – including company car and LCV drivers who may not previously have been aware of it. 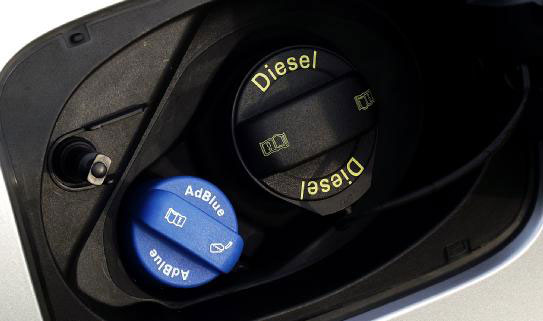 Most new diesel cars which require AdBlue carry sufficient quantity to last between scheduled servicing intervals. However, due to the style of journeys that they make certain drivers and commercial vans will use up their vehicle’s AdBlue reserves more quickly, requiring the additive to be topped up regularly by drivers or depot staff.

While AdBlue itself is inexpensive, the misuse of it can result in problems which immobilise a vehicle and are costly to put right. In addition, failing to take action when an AdBlue warning appears will result in the vehicle breaking down or failing to start. Which is why Alphabet have produced a management paper and driver guide on AdBlue to help fleet managers and their drivers understand the requirements and avoid any potential pitfalls.
Matt Sutherland, Chief Operating Officer at Alphabet says, “AdBlue is crucial to many engines in this next generation of diesel technology. It’s good news for fleet managers and drivers who benefit from improved efficiency and reduced emissions, but it’s important that fleet managers and diesel drivers understand what AdBlue is, what their responsibilities are and how to use it.

Fleet Managers need to ensure that their organisation’s vehicle policy includes clear instructions around the use and misuse of AdBlue, in the same way that they do currently with mis-fuelling petrol with diesel or adding other fluids like oil. Similarly, some drivers depending on their driving style and the types of journeys they make, will require AdBlue top ups outside of their regular servicing so Fleet Managers need to consider their policy and how they handle that.

For most company car drivers their tank of AdBlue will be filled up during the scheduled service and once filled up they shouldn’t have to worry for several thousands of miles or until the next service. LCVs or drivers who make lots of stop-start journeys are likely to require additional AdBlue top ups between services.

Like engine oil or washer fluid, drivers need to be familiar with how to top up their vehicle with AdBlue and make sure the fluid is put in the right place according to their vehicle handbook. Similarly drivers have a responsibility to keep an eye on any dashboard AdBlue warnings and take the appropriate corrective action in accordance with their employer’s vehicle policy – otherwise the vehicle will come to a halt or won’t start next time.”