Van operators in the UK (and Ireland too) seeking solutions to the persistent problem of axle and vehicle overloads may find exactly what they are looking for between two neighbouring CV Show stands this year. Vehicle Weighing Solutions (VWS) and Hope Technical Developments have teamed up to develop what is described as an “all-in-one van and tow overloading protection system”. 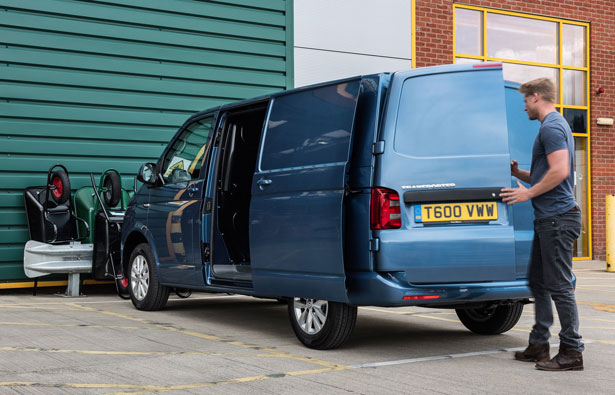 A single in-cab display provides the driver with data on both the vehicle and its axle weights, and the weight being imposed on the tow-hitch by any trailer and its load. The weight data can be stored or transmitted through most telematics systems.

“There are serious health and safety issues with tow-hooks being overloaded, forcing the rear axle down and pushing the front wheels up, which seriously impairs braking ability,” said Julian Glasspole, Managing Director of VWS. “There are also issues when there is too little weight on the hook, making the rear axle lift and causing vehicles to jack-knife. Our combined system means that drivers can check if a hook has been loaded correctly and at the same time check that the vehicle isn’t overloaded.”

The subject of van overloading is also under the spotlight on the Volkswagen Commercial Vehicles stand at the show. Research commissioned last year by Volkswagen revealed that more than half of the UK’s van drivers are unaware of their vehicle’s maximum load-carrying capacity. In 2014, of the 10,800 vans stopped by the Driver and Vehicle Standards Agency (DVSA) for roadside checks, 89% were found to be overloaded, the VW researchers report. And 73% of the van drivers surveyed by Volkswagen were unsure of the effects of overloading on vehicle performance and safety.

“The research highlights that a large proportion of van drivers could be breaking the law and posing serious safety risks to themselves and other road users,” said DVSA Vehicle Product Manager Gordon MacDonald. “Overloading is a real issue on our roads and it is the responsibility of both the driver and the business to load vehicles correctly and keep their van within its legal weight limit.”