Provisional end of year road casualty figures for 2015, as of Friday, 1st January 2016, show that there were 158 fatal collisions, which resulted in 165 fatalities on Irish roads.

An Garda Síochána spokesperson said that it will continue to incorporate road safety as one of its key policing objectives in 2016 to ensure safety for everyone using the roads. An Garda Síochána is totally committed to achieving a continuing reduction in road fatalities, by education, rigid enforcement and working with our external stakeholders. 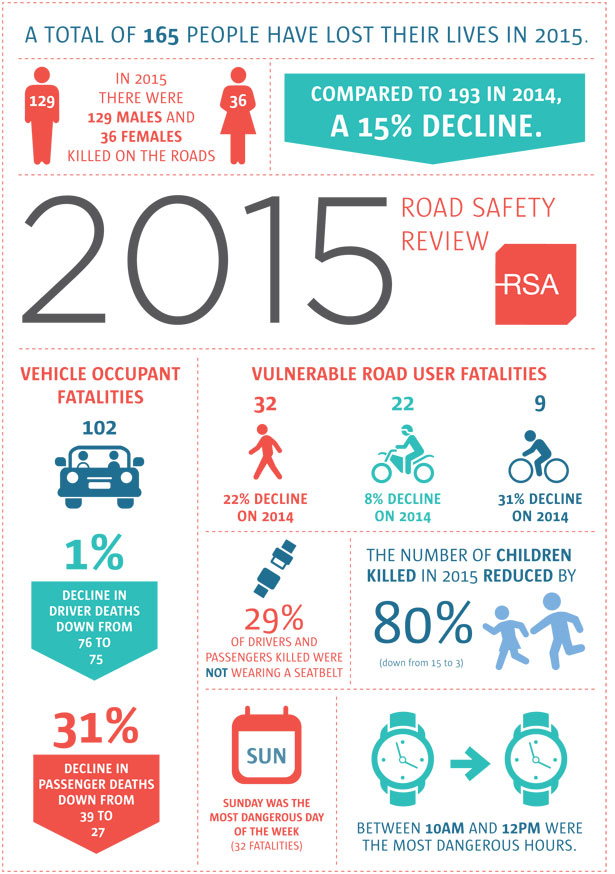